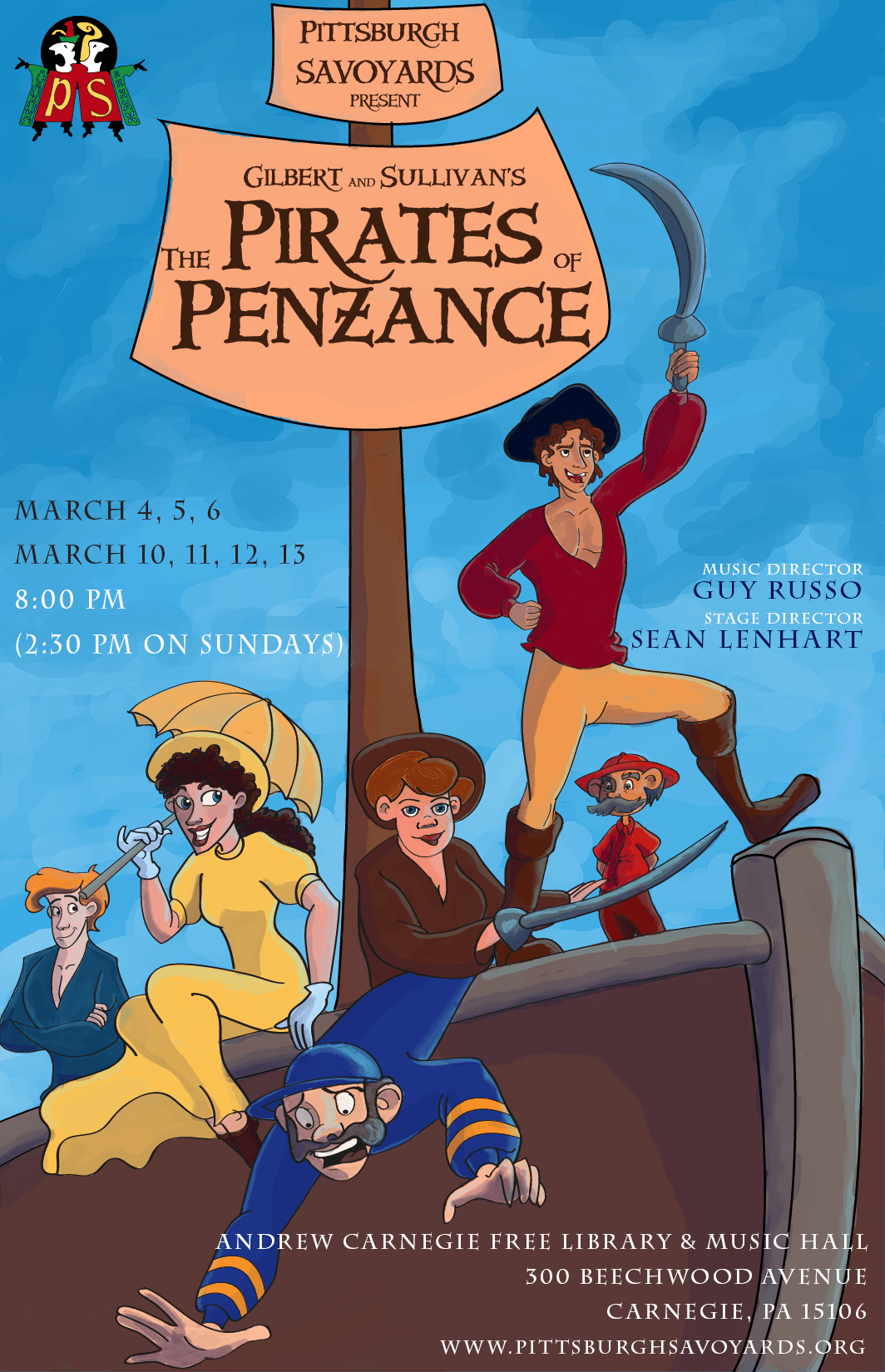 The Pittsburgh Savoyards bring you The Pirates of Penzance: or, The Slave of Duty. This comic opera in two acts is regarded as one of the finest of Gilbert & Sullivan’s works, and masterfully staged by this 78-year theatrical company!

The story concerns Frederic, who, having completed his 21st year, is released from his apprenticeship to a band of tender-hearted pirates. He meets Mabel, the daughter of Major-General Stanley, and the two young people fall instantly in love. Frederic soon learns, however, that he was born on 29 February, and so, technically, he only has a birthday each leap year. His indenture specifies that he remain apprenticed to the pirates until his 21st birthday and that he must serve for another 63 years. Bound by his own sense of duty, Frederic’s only solace is that Mabel agrees to wait for him faithfully.