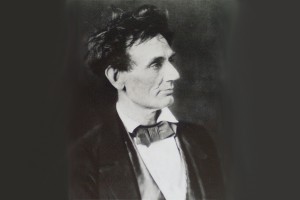 Join us for the 2nd performance of our “Listen Locally: The 115th Anniversary” series! This annual Presidents Day performance of Copland’s “Lincoln Portrait” is a new tradition at the Andrew Carnegie Free Library & Music Hall. Under the baton of new Music Director Francesco Lecce-Chong, the Pittsburgh Youth Symphony Orchestra presents a full program culminating in Copland’s tribute to our 16th President. The piece incorporates some of Lincoln’s most stirring oratory. Joining the ranks The performance begins at 7 pm, and tickets are $15 Adults, $5 Children 12 and under. Adult tickets will be $20 Day of Event. Includes light dessert reception in the Lincoln Gallery following the performance.

Prior to the concert, from 2-7pm, visit our national treasure of a Civil War room, the Captain Thomas Espy Post of the Grand Army of the Republic (recognized as the most intact of its kind in the country), as well as our rare collection of 100 Abraham Lincoln photographs.

Limited free parking is available on site. Free shuttle service from municipal lot Main Street (Mary and Pine Streets) will run before and after the concert and reception.

This event is made possible through the generosity of Dollar Bank and the A.W. Mellon and Charitable Trust of The Pittsburgh Foundation.