Shiloh: the Battle that Changed the War 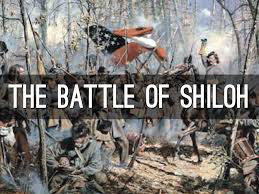 Gary Augustine joins our rank of distinguished speakers to talk on “Shiloh: the Battle that Changed the War.” In early April 1862, large Union and Confederate Armies clashed along the banks of the Tennessee River at a location known as Pittsburgh Landing. Out of this carnage two Union generals emerged who would eventually lead the Union to victory — U.S. Grant and W.T. Sherman. Join us as we encounter Sherman in Farley’s field; Prentiss’ men holding fast in the Hornet’s Nest; Grant surrounded by dead and dying; and Confederate General Albert Sidney Johnston bleeding to death in a leafy hollow leaving one to ask how long and at what cost would this War endure? Join Gary as we seek to answer these questions.

Light refreshments served. Registration not required. Free and open to the public. 2nd Saturday Lecture Series made possible by the Massey Charitable Trust.