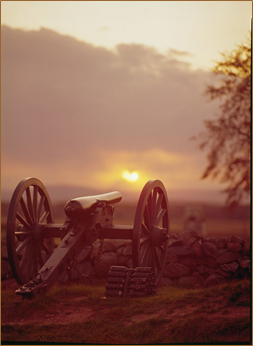 Gettysburg: The Meaning and Legacy

The Meaning and Legacy of Gettysburg

The battle of Gettysburg seems to hold a special place in people’s minds when it comes to the Civil War. Even people who know little else about the war seem to be aware of and moved by the name Gettysburg. Why?

David Albert is a retired Air Force officer who has had an interest in the Civil War since he was a teenager. He co-taught the Civil War elective at Air Command and Staff College and served as a Civil War docent at the Alabama Department of Archives and History for ten years.

He taught a course on the Life of the Civil War Soldier for the Elderhostel Program (now called Road Scholars) and for the University of North Carolina, Asheville’s College for Seniors. He currently teaches the same course, as well as courses on the Gettysburg Campaign and the Antietam Campaign, for the Osher Lifetime Learning Institute at the University of Pittsburgh and Carnegie Mellon University. David is a member of the Greater Pittsburgh Civil War Roundtable.

Mr. Albert’s talk will attempt to explain why he believes this battle still maintains such an enduring legacy in the national psyche even 156 years later.

Location: Lecture will be held in the Studio

Light refreshments served. Registration not required; free and open to the public.