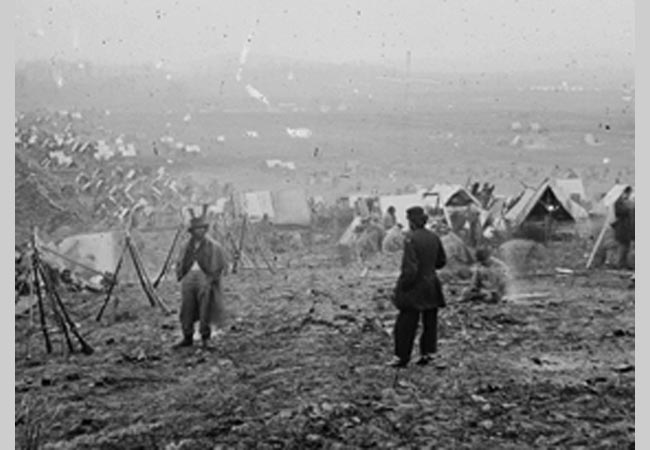 By Fall of 1864, the ragged Confederate Army of Tennessee, under the command of Maj. Gen. John Bell Hood, had set forth on a desperate campaign from Georgia through Tennessee. Although Hood’s operation in late 1864 climaxed at the battle of Nashville on December 15-16, the fate of his army was sealed two weeks earlier at Franklin, where 10,000 total casualties were inflicted in a span of five hours. It was only a matter of time after the Confederate defeat in Middle Tennessee that the army would gradually dissipate. Between November and December 1864, the fighting in Middle Tennessee foreshadowed the result of the war, and for the Federal army, set a stage where the West was won.

Rich Condon is a public historian based out of Pittsburgh, although he began his career as a battlefield guide in Franklin, Tennessee. For nine years he has worked with a multitude of sites and organizations, including The Battle of Franklin Trust, Soldiers and Sailors Memorial Hall and Museum, Harpers Ferry National Historical Park, and Flight 93 National Memorial. Rich is a contributing writer for the Pennsylvania in the Civil War blog, and director of Civil War Pittsburgh – an organization focused on education and preservation regarding Western Pennsylvania’s role in the American Civil War.

Plan on coming early and join us and American Legion Post 82 at 12:30 pm for a Veterans Day flag-raising ceremony.

Registration not required.   Free and open to the public
2nd Saturday Lecture Series made possible by the Massey Charitable Trust.