The Original Breakfast & a Movie: Ocean’s 11 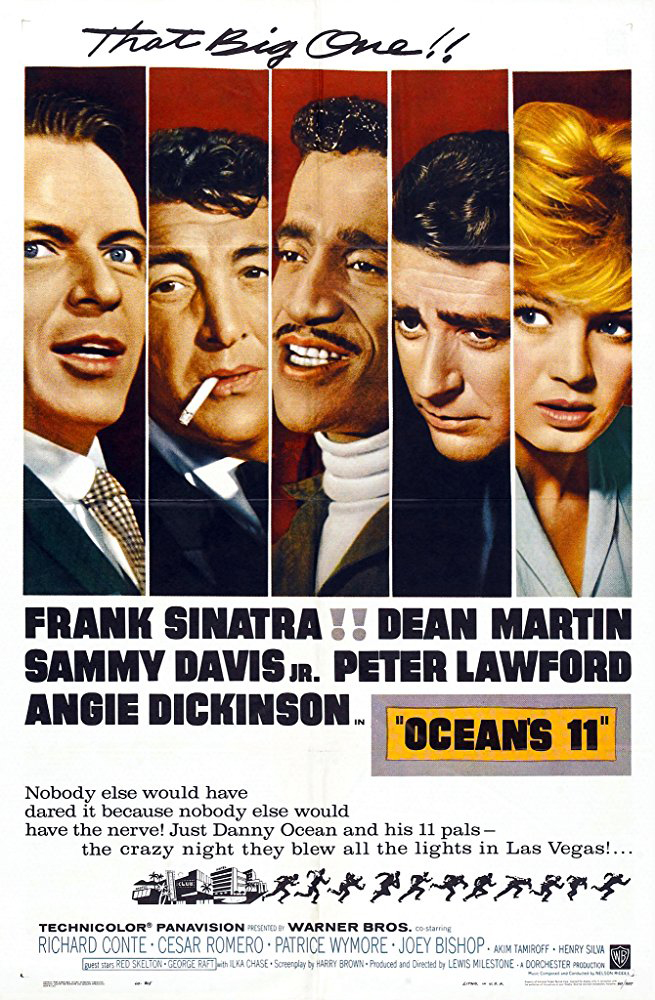 The Original Breakfast & a Movie presented in a new location, ANDREW CARNEGIE FREE LIBRARY & MUSIC HALL in CARNEGIE, PA. Located at 300 Beechwood Ave, the hall is a true regional treasure with a wonderful historic auditorium. You’ll be impressed!

THE FILM:  During a Los Angeles Christmas, a group of 82nd Airborne vets assembles under the leadership of gamblin’ man Danny Ocean (Frank Sinatra) to rip off five Las Vegas casinos just after the stroke of midnight on New Year’s Day. Playboy Jimmy Foster (Peter Lawford) joins in the scheme because he’s sick of needing his oft-married mother’s money, especially now that she’s about to wed Duke Santos (Cesar Romero), a self-made man with all sorts of underworld ties. After he receives the news that he could die at any time, newly released convict Anthony Bergdorf (Richard Conte) reluctantly agrees to participate so he can leave some money to his estranged wife and young son. Ocean’s own wife, Beatrice (Angie Dickinson), doesn’t think much of her husband’s promise of a big score to come, but her quiet protests don’t dissuade him. With Las Vegas garbage man and fellow vet Josh Howard (Sammy Davis Jr.) and several casino employees among their number, the titular band of thieves have just a few days to get ready for their caper. When Duke Santos, Jimmy’s mother, and one of Ocean’s discarded paramours all show up in Sin City at the same time as the veterans, the crew’s perfect plans face some serious hurdles. ~ Brian J. Dillard, Rovi  (Classic/Drama/Crime/Drama/1960/PG/128 min)

FOOD OR DRINK ARE NOT PERMITTED IN THE THEATER; PLEASE ARRIVE EARLY ENOUGH TO ENJOY YOUR BREAKFAST BEFORE THE FILM STARTS AT 11am!