Fall Acting Classes with The Collective 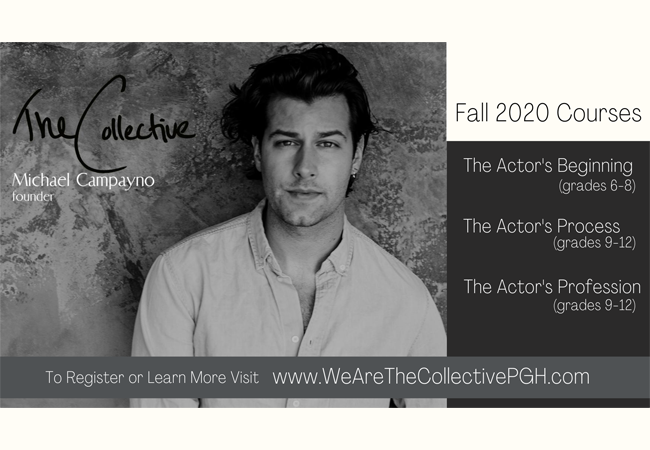 Michael Campayno, founder of The Collective, is a Pittsburgh native and gradu­ate of Carnegie Mellon School of Drama. Michael has been coaching students with Musical Theater College Auditions, facilitating masterclasses, and traveling to schools around the country for 6 years while simultaneously developing his career in NYC.

He originated the role of Rob Camilletti in The Cher Show and also starred as Fiyero in the hit musical Wicked on Broadway. Michael made his television debut as Rolf in the NBC live telecast of The Sound of Music starring Carrie Underwood. Other credits include Lance­lot in Camelot starring Robert Sean Leonard and Barry Bostwick, productions at Pittsburgh CLO, and in concert with the Phoenix Sym­phony and Carolina Philharmonic.

Classes are offered online or in-person at the historic, Andrew Carnegie Music Hall in Carnegie, PA. Students in middle school through high school at any level are welcome.

Class sizes are limited to (6-8) to promote individual attention, time and space to feel safe.
The Collective is pleased to offer several audition-based scholarship opportunities for middle and high school students in the Pittsburgh area. Learn more

Visit www.wearethecollectivepgh.com for registration and details.