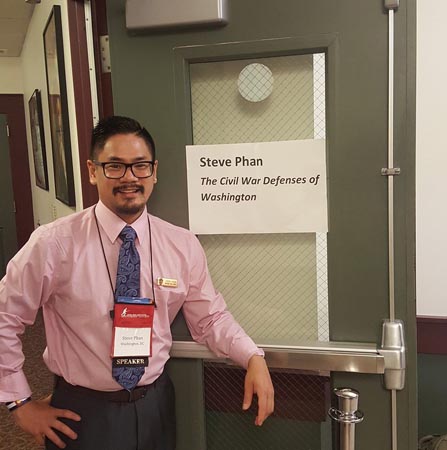 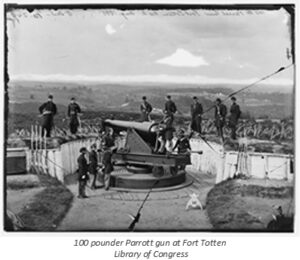 Washington D.C. was one of the most heavily fortified in the world during the American Civil War. By 1865, Washington was surrounded: 68 major forts supported by 93 detached batteries mounting over 900 guns and connected by 32 miles of military roads encircled the capital. Fortress Washington ensured the defense of the United States government. This lecture explains how.

Steve T. Phan is a historian residing in Washington DC. A military history scholar of the Civil War era, Phan’s research focuses on military occupation, operational command, and fortifications during the Civil War. He is the author of articles about Asians and Pacific Islanders in the Civil War and the Defenses of Washington for numerous publications. He holds a Master’s degree in American History from Middle Tennessee State University. He is the Acting Chief of Interpretation Charles Young Buffalo Soldiers Nation Monument for the National Park Service.