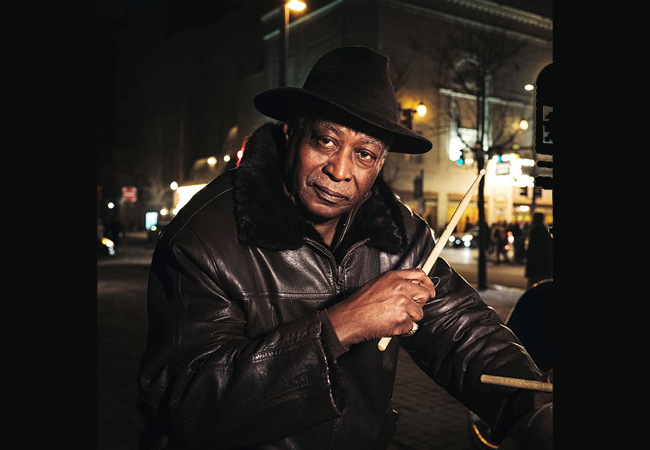 Join us this holiday season for a spectacular evening in celebration of two Pittsburgh Jazz legends in Roger Humphries and RH Factor’s Tribute to Art Blakey  with special guest, Brazilian vocalist, Kenia.

Art Blakey, born in Pittsburgh in 1919, was profoundly influential on mainstream jazz. Legend has it that Blakey started his music career as a teenager on piano and was switched to drums – at gunpoint by a club owner – to clear the piano for a young Erroll Garner. Regardless of how he found his way to the drum set, Blakey went on to become a prominent name in jazz with his band, the Jazz Messengers.

Roger Humphries is a household name in Pittsburgh.  He is rated by music critics as one of the most exciting percussionists in the business today.  He credits Blakey with “teaching (him) how to swing.”  Like Blakey, Roger Humphries began playing professionally as a teenager.  A loving husband, father and doting grandfather to a large extended family, he resides in Pittsburgh with his wife. Roger Humphries is truly a living legend, and an example of how jazz is life: pure, authentic and powerful.

Get a head start to the New Year’s Eve celebration with a fabulous and affordable night at Carnegie Carnegie Hall.  Come out for an evening of cool sophistication, without all the fuss, hassle and expense of too many New Year’s Eve outings.