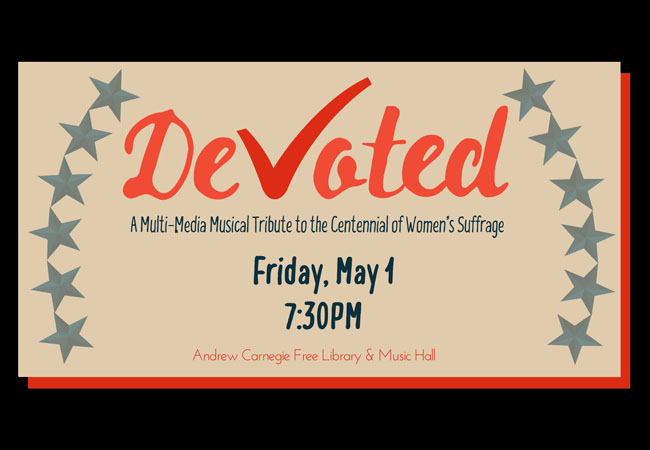 On August 18, 1920 the United States Congress ratified the 19th Amendment, giving women in this country the right to vote. Our country became a better place….
The Library & Music Hall proudly celebrates this pivotal centennial with Bell’Art Ensemble’s DeVOTED.

A musical and visual commentary on women’s suffrage in the early 20th century, DeVOTED pays homage to the devotion of legions of women, named and unnamed, who pursued equality in the form of voting rights. It conveys a multi-generational view of this tumultuous time in American history. 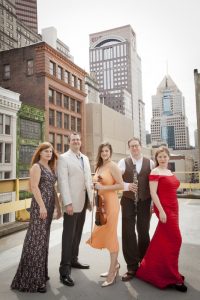 More about the program…

DeVOTED will run approximately 75 minutes, divided into four sections: Ties; Battle; Hope; and Victory. Each section focuses on a different aspect of the struggle for suffrage.

DeVOTED features an impressive roster of women composers and their even more impressive music:

The ACFL&MH is thrilled that DeVOTED includes a contemporary composer. Nancy Galbraith is Chair of Composition at Carnegie Mellon University. This prolific, “post-modernist/post-minimalist” composer’s works have enjoyed Pittsburgh Symphony premieres under the batons of Mariss Jansons and Gennady Rozhdetsvensky.