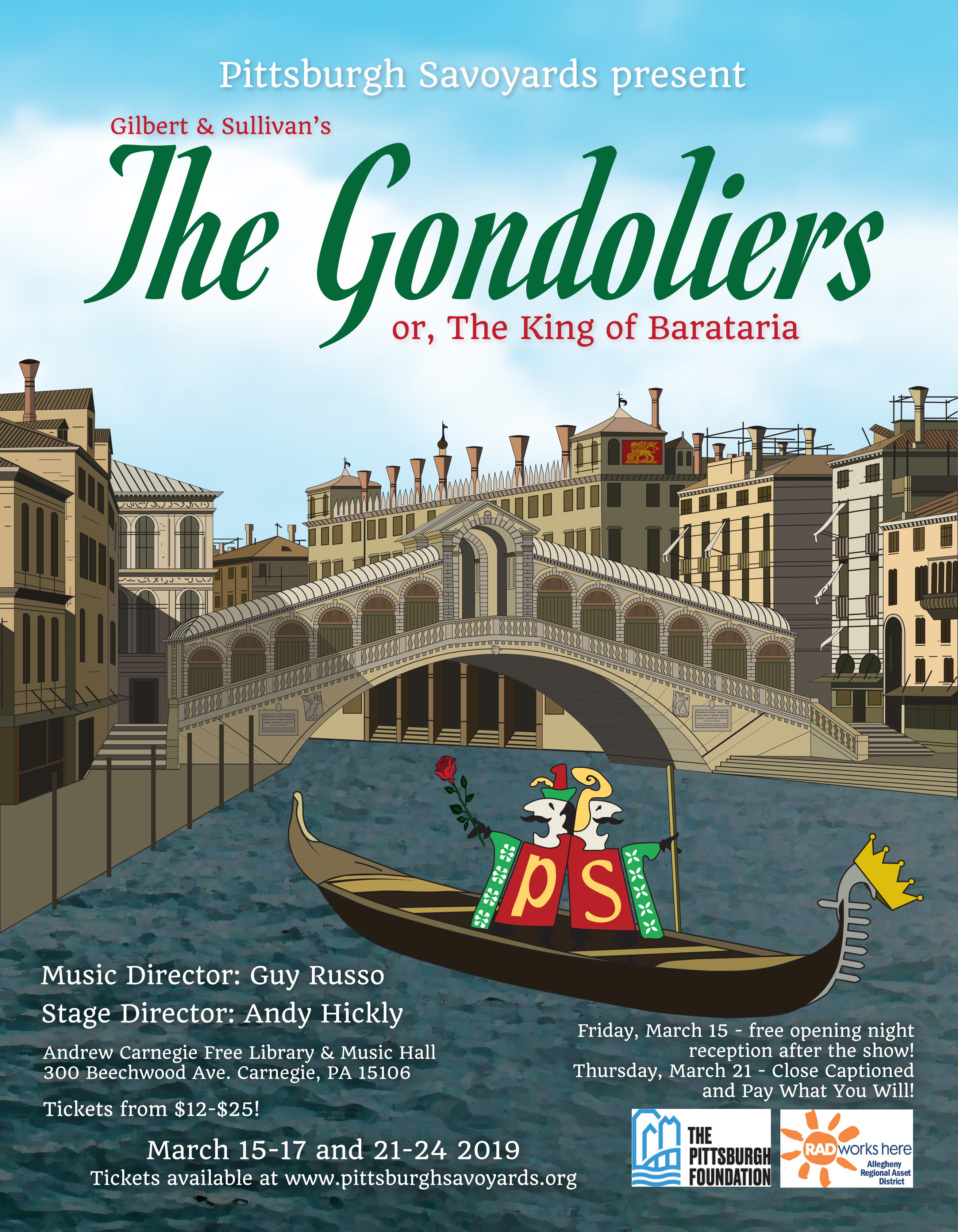 The Gondoliers or, the King of Barataria – Pittsburgh Savoyards
The Gondoliers by Gilbert and Sullivan tells the story of two charming Venetian gondoliers, Giuseppe and Marco, who are informed that due to an error of identity when they were young boys, one of them is the heir to the throne of Barataria.  They are delighted with the situation and agree to share the responsibilities of governing their new kingdom until it can be ascertained which of them is which, but matters are complicated when the Duke and Duchess of Plaza Toro reveal that their beautiful daughter, Casilda, was married to the future king as an infant.  The problem?  Giuseppe and Marco are both newly married to the contadine Tessa and Gianetta, and Casilda is in love with her father’s attendant, Luiz.  After much confusion, lots of exuberant dancing, and jolly Italianate musical ensembles, the stage is set for leaving all concerned, including the audience, with feelings of pleasure!Music Director – Guy Russo
Stage Director – Andy HicklySpecial Opening Night Event – Meet the Pittsburgh Savoyards! Free opening night reception following the show, March 15, 2019.