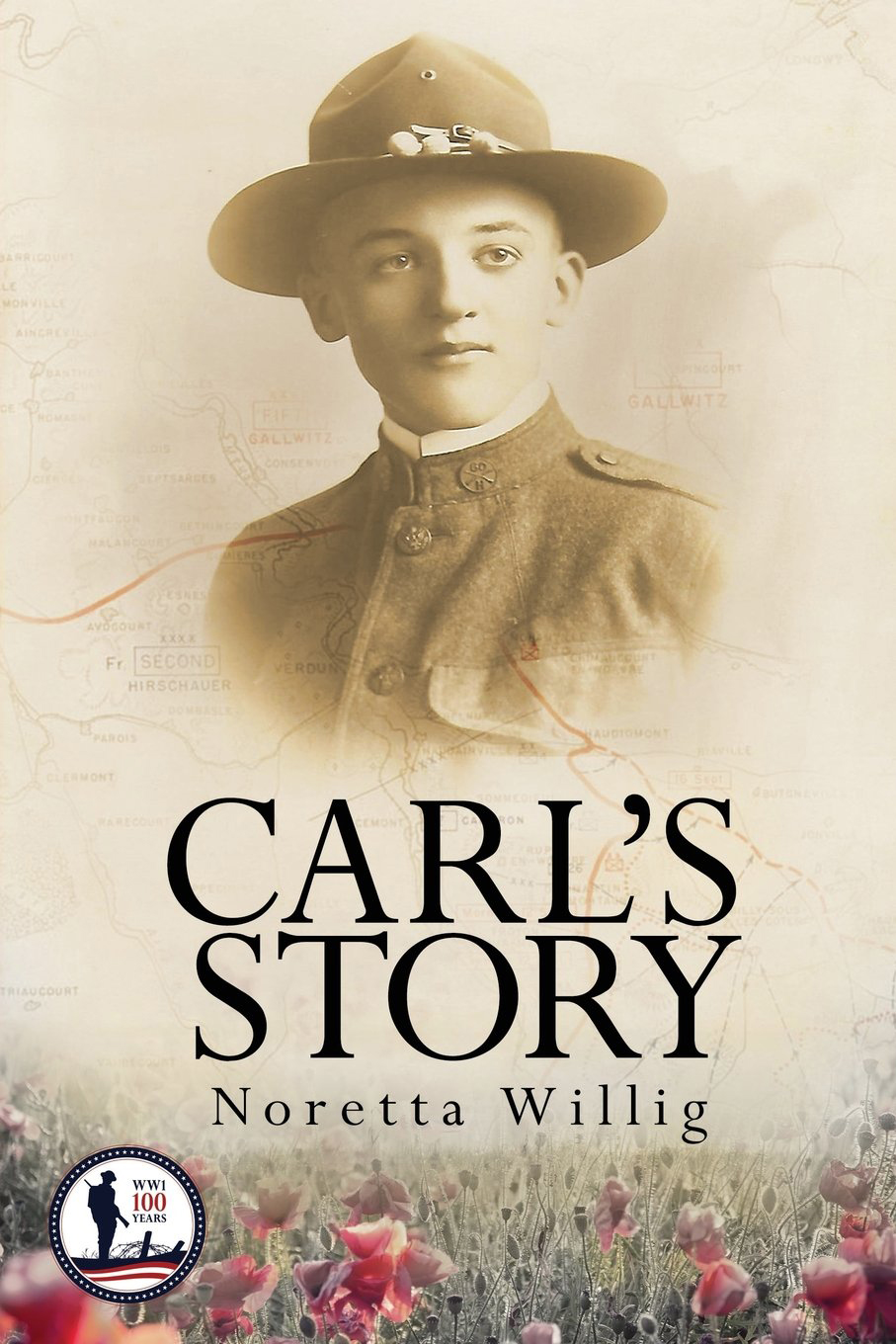 Carl’s Story begins in the woods near St. Mihiel, France, almost a century ago on September 16, 1918. On that victorious day, when the US Army won its first battle in Europe and the war was just days from ending, Carl Willig, a doughboy in company H and the uncle of author, Noretta Willig, was killed.

An eye-witness wrote Carl’s parents that “he suffered no pain, my dear friends. Death was instantaneous.” But Carl was lost. His remains could not be found. For three generations, his family felt the grief of that loss.

Then, ninety years after Carl’s death, Noretta’s phone rang and a genealogist identified Noretta as Carl’s next of kin. Why? Because “probably they found something.” Searching a trunk filled with faded photographs and letters, Noretta met Carl across the years and learned what a powerful man young Carl was.

Carl’s Story is about the almost forgotten heroes, those who must be remembered. It is an American story–of family and duty, discovery and honor–about treasures lost then found.

Light refreshments. Author book signing and sale following lecture. Proceeds from the sale of books are being donated to veterans in need. There will be an exhibit of World War I medals by David Burrows, including those issued by Carnegie, following the program.

Registration not required. Free and open to the public.