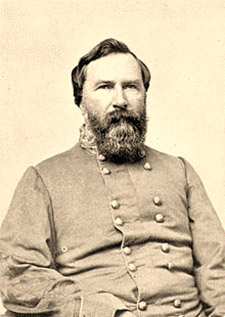 Felled by Friendly Fire: the Wounding of James Longstreet

“Old Pete,” Lee’s second-in-command, was a stalwart that the “Gray Fox” relied on as the 1864 campaigns opened. However, just hours after Longstreet saved Lee’s army along the Orange Plank Road in the Wilderness, tragedy struck. While riding along the road during an audacious and successful flank attack, Longstreet, like Stonewall Jackson, was accidentally shot by his own men, less than three miles from the spot of Jackson’s fateful wounding. Longstreet’s wounding, like Jackson’s, forever changed the face of the Army of Northern Virginia.

Kristopher D. White is the co-founder of Emerging Civil War, the author of numerous books and publications, and is Education Manager at the American Battlefield Trust in Washington, DC.