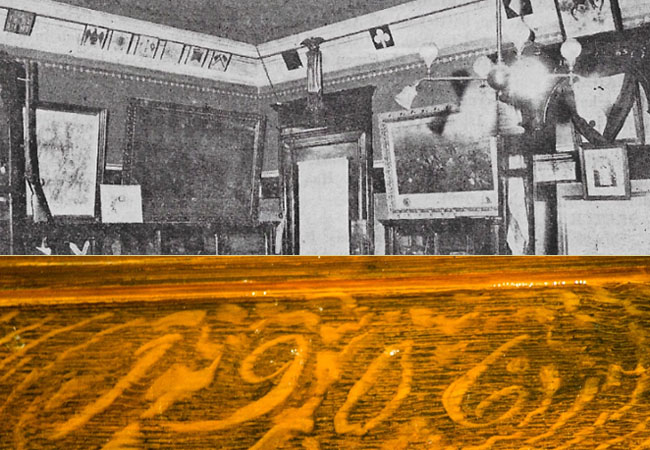 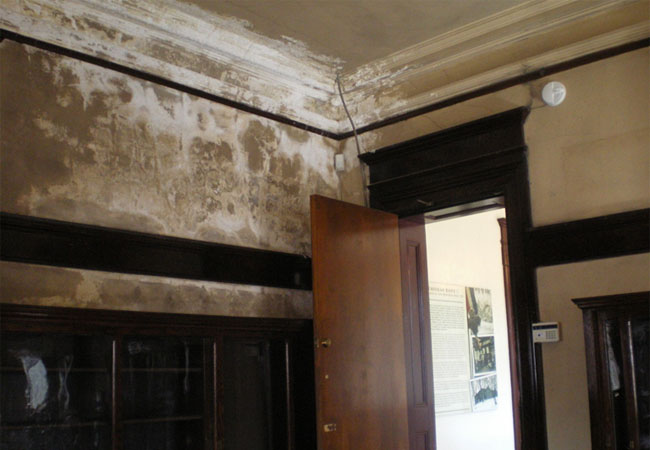 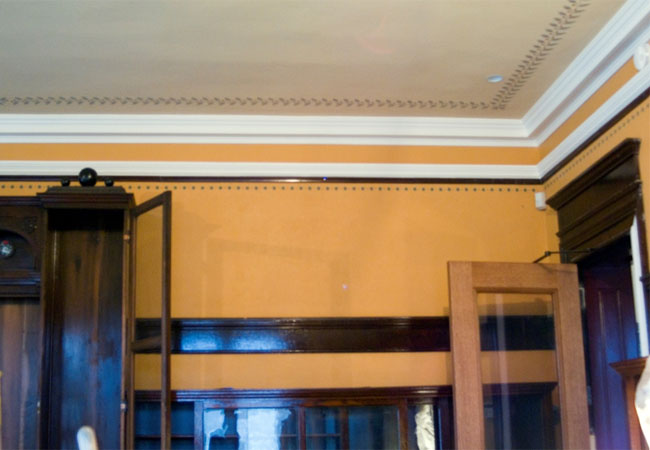 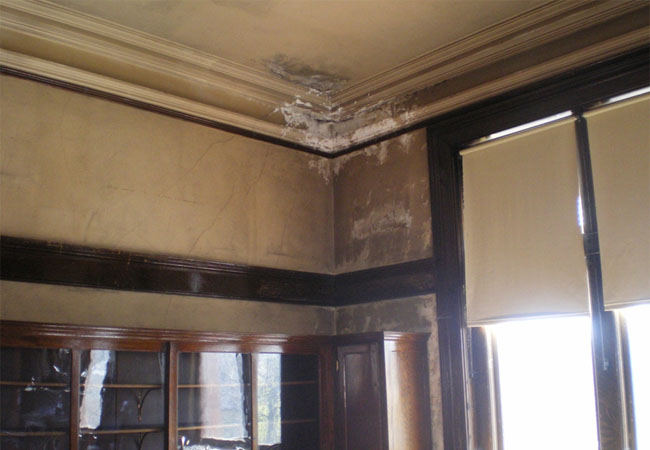 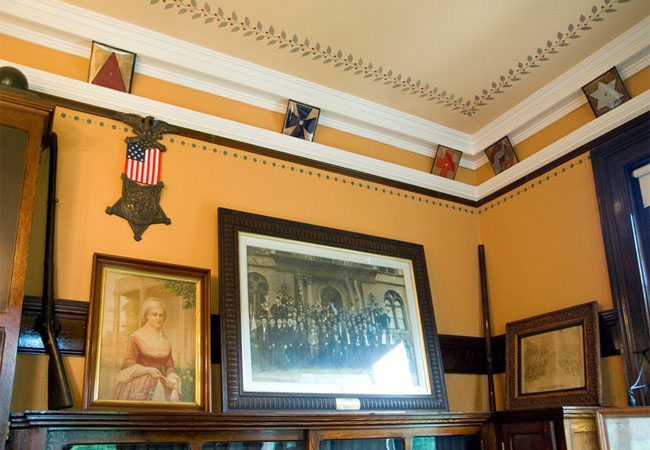 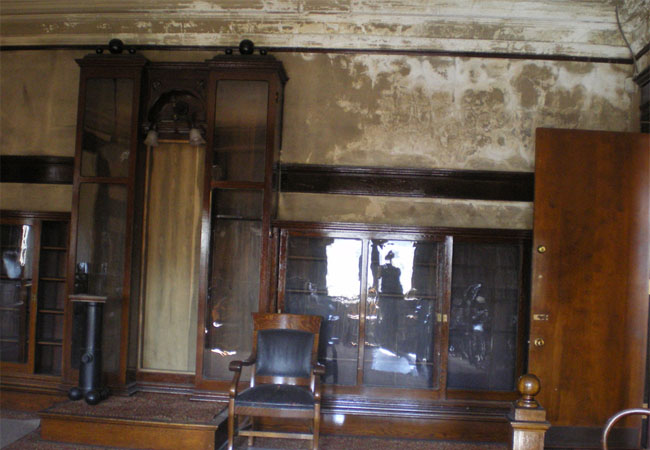 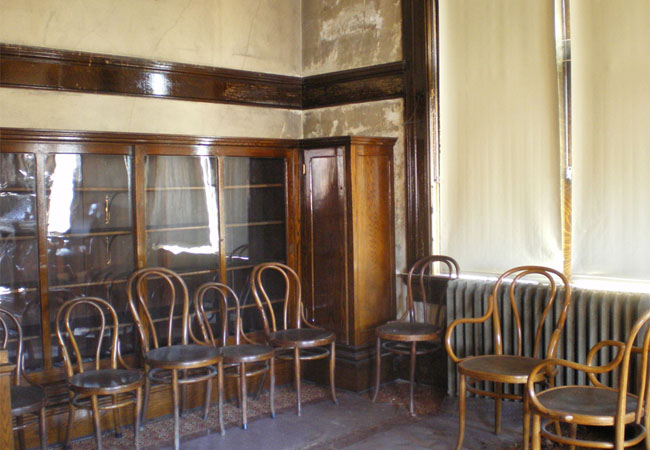 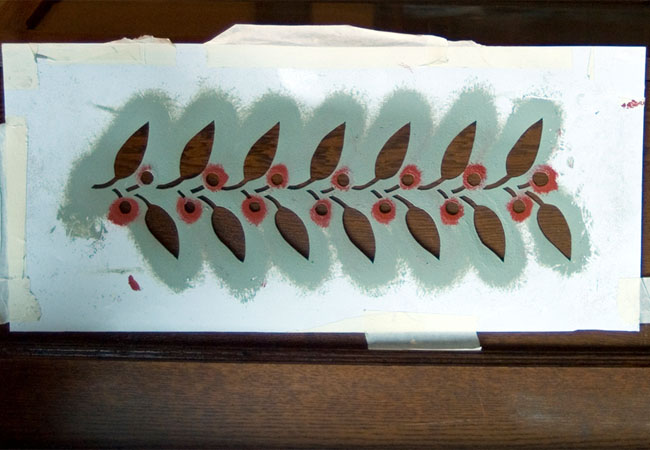 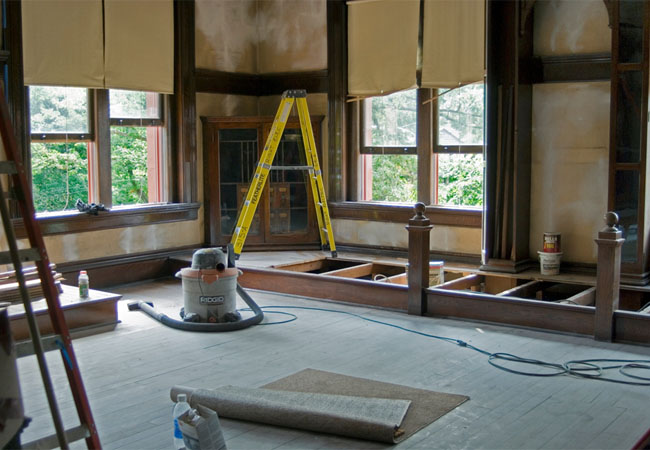 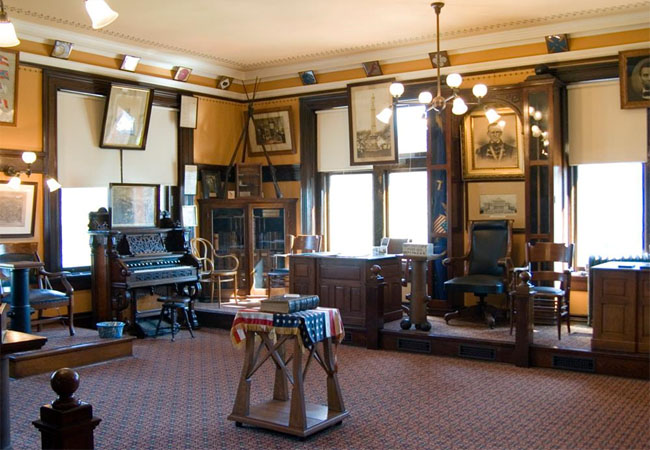 Several decades of water damage, fluctuations in temperature and humidity, age, and neglect severely compromised the Espy Post. The initial restoration process, launched in 2009 thanks to a generous donation from benefactors Bill & Denise Brown, focused on the room itself, rather than on individual
artifacts, documents and records. The intent of the restoration was two-fold: to bring back the room as much as feasible (and knowable) to its original state; and to provide a safe environment for the Espy Post’s artifacts and furnishings.

Members of the Espy Post left behind an invaluable record to guide the design team. A catalogue produced in 1911 not only describes the artifacts collected by the veterans, but includes photo documentation of all four walls of the custom furnished room.

Key elements of the restoration included:
• A separate HVAC system with humidity controls dedicated to the room;
• Protective coatings on the windows to block ultraviolet light;
• Restoring plaster and woodwork;
• Restoring wall sconces, replicating chandeliers – the wall and ceiling fixtures were appointed for both gas and electric;
• Replica carpet replaces the completely dry-rotted original;
• Painting the room, including stencils above and below the crown
molding.

The Espy Post reopened to visitors on February 12, 2010, and since then has been staffed each Saturday by docents, eager to guide visitors through our restored “national treasure.”