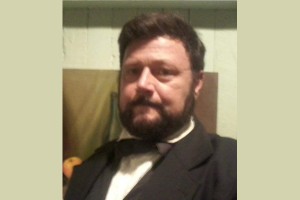 Ken has been appearing publically as General Grant since 2009, performing in a History channel production in 2010, “Lee & Grant” , in 2013 for an HBO series, “Family Tree” in an episode set at a reenactment along with a Time Warner Cable commercial in 2014.  Currently he speaks at the events across the country  He was invited to  participate in the Remembrance Day parades for the past three Novembers in Gettysburg.  It is with a profound honor that he tells the story of one of America’s greatest military leaders and Ken takes it very seriously to reaffirm Grant’s place of honor among the most respected people of our nation’s history. Light refreshments served. Registration not required. Free and open to the public. 2nd Saturday Lecture Series made possible by the Massey Charitable Trust.