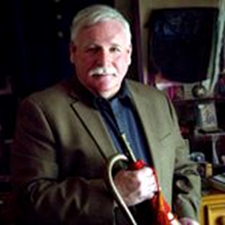 The Civil War in Pennsylvania: A Photographic History

Kenneth C. Turner is from the Ellwood City-Zelienople area, north of Pittsburgh and was a writer at various newspapers in Western Pennsylvania.

He has a BA and BS (American History and Political Science) and MA (Masters), from West Virginia University.  He was one of the original first ones to work at the West Virginia Regional History Center in Morgantown.

While at WVU, he wrote books on the “Stolen Elections in West Virginia’s Civil War”, now long out of print, studying the birth of a new state of West Virginia, while being held in the Union during the Civil War.

He has contributed articles to most Civil War mainstream publications, including CW Times Illustrated, America’s Civil War, North-South, Military  Images among others.  He was also a longtime consultant for the Civil War Time-Life Series, and served on the Pennsylvania Governors Speakers Series touring the state. 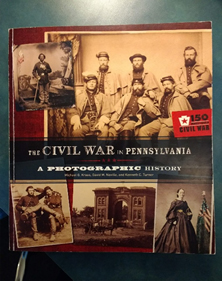 He is a longtime collector of photos and artifacts of Pennsylvania in the Civil War, and is acknowledged expert on Pennsylvania’s Civil War history.

Light refreshments served. Registration not required.   Free and open to the public.