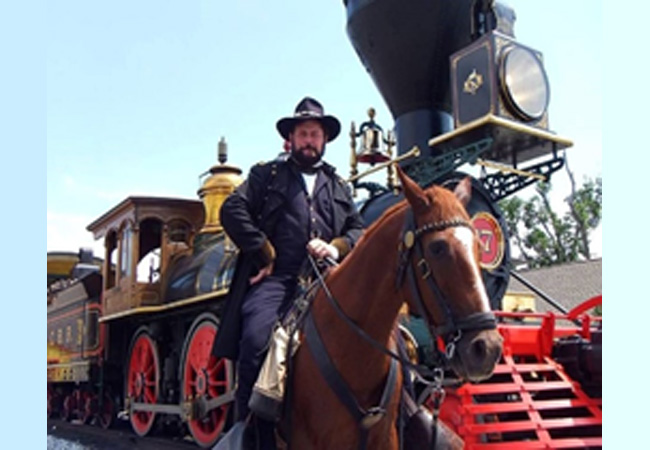 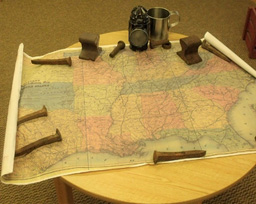 The successful military commander wins because he is able to adapt to changing situations, and so it was during the Civil War and the developments in railroad technology and utility.  General Grant enjoys a reputation as a fine horseman, but it’s not just flesh and blood horses, but the Iron Horse as well that Grant appreciates.

In this meeting with the Lincoln’s General-In-Chief, Grant will give some background on the development of railroads in America during his own formative years, and will describe how the nation and its railroads grew up together, in those tumultuous years of the American Civil War.   Gen. Grant will relate his own experiences with trains and railroading from his youth through becoming the victor of the Civil War through stories and artifacts from the period.

If you are a fan of United States history no matter a student of the Civil War, or America’s railroads, or life in the 1800’s, this encounter will engage and cross over to many areas of interest.

Ken has been appearing publicly as General Grant since 2009, performing in a History Channel production in 2010, “Lee & Grant,” in 2013 for an HBO series, “Family Tree” in an episode set at a reenactment along with a Time Warner Cable commercial in 2014.  Currently he speaks at events across the country as well as portraying Grant in the Gettysburg Remembrance Day parades.

2nd Saturday Lectures made possible by the Massey Charitable Trust
Free and open to the public. No reservations required.