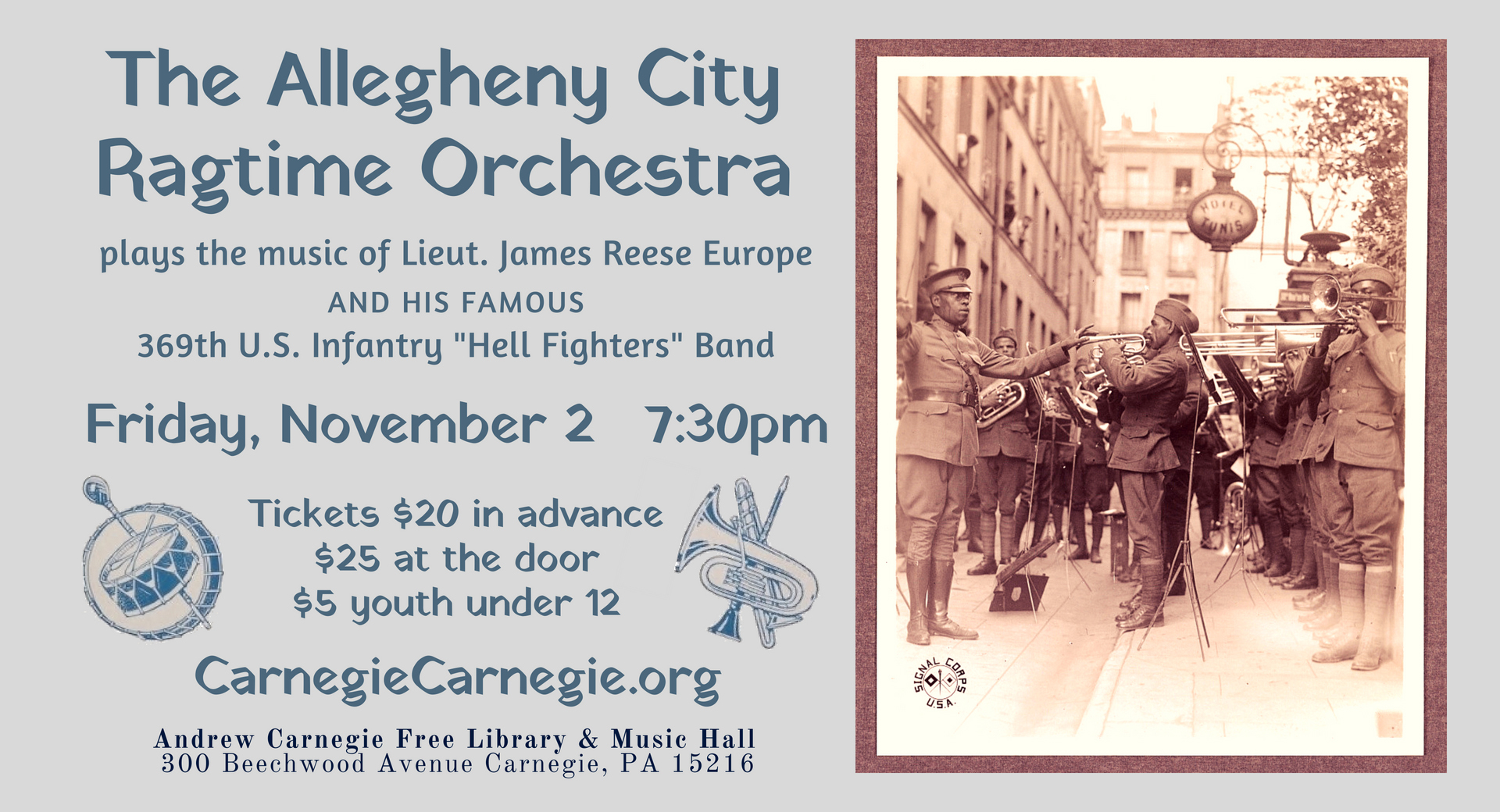 The Harlem Hellfighters were as renowned for their musicianship as their battlefield prowess. Arranger, composer, union organizer, and Army National Guard Lieutenant, James Reese Europe led his band to Carnegie Hall and on the Western Front. Europe played an extraordinary role in introducing jazz to both New York and the European continent.

Get your tickets here.