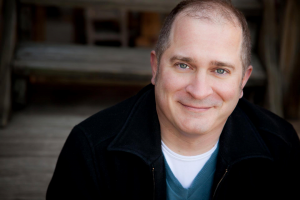 Love, I Hear: The Lyrics of Stephen Sondheim

Sondheim’s influence on the American musical theater landscape is indisputable, encompassing more than a half-century of contributions, with nearly every accolade imaginable, including a Pulitzer Prize and the Presidential Medal of Freedom. His best known works as lyricist and composer include, among others: “A Funny Thing Happened on the Way to the Forum”, “Company”, “Follies”, “A Little Night Music”, “Sweeney Todd”, “Sunday in the Park with George” and “Into the Woods”. His lyrical credits additionally include “West Side Story” and “Gypsy”.

In the company of exceptional musicians, Gavan Pamer (music director for last year’s Music Hall performance of The Civil War, and an accomplished performer in his own right) will perform well-known favorites, including: “Something’s Coming” from West Side Story, and “Not While I’m Around” from Sweeney Todd–as well as some of Sondheim’s lesser-known standouts, such as “Live Alone and Like It” from the movie “Dick Tracy”.

Please join us for a light dessert reception in our 2nd Floor Lincoln Gallery after the performance.

This concert is made possible through the generosity the A.W. Mellon and Charitable Trust of The Pittsburgh Foundation.

(Be sure to catch resident theater company, Stage 62, perform Sondheim’s Assassins in the Music Hall on May 10-22. For tickets, visit http://www.stage62.com/)