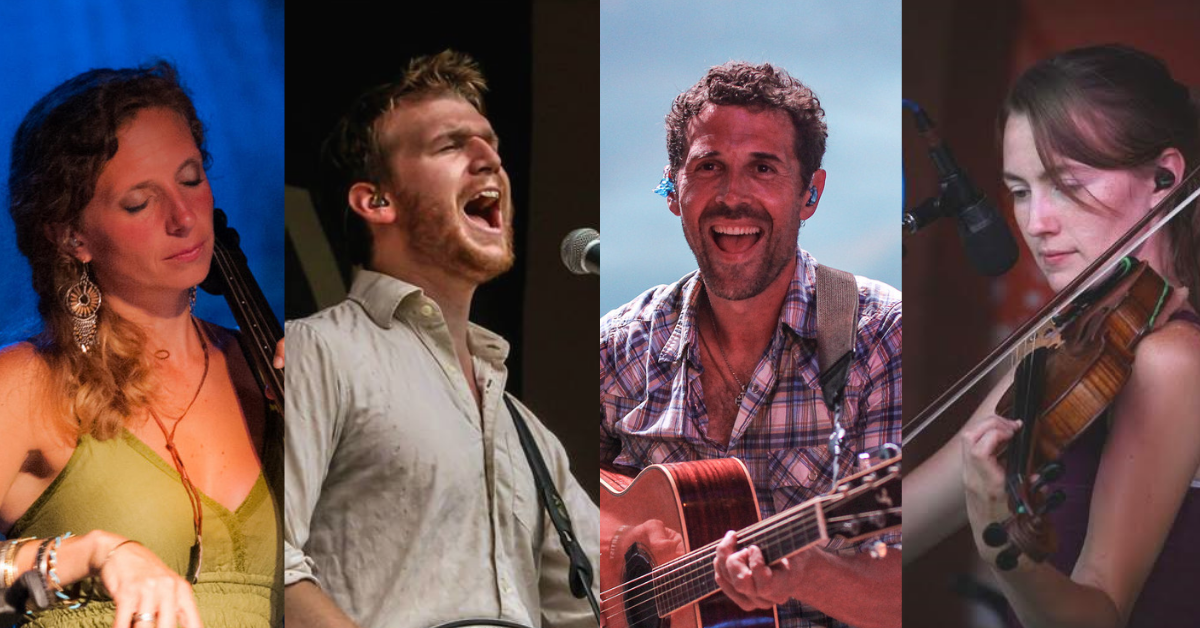 Ben-David Warner (vocals, guitar, banjo, fiddle, guitar dulcimer) is a multi-instrumentalist, singer, and songwriter with roots in Celtic, Classical, and Folk music. He lives with one foot in the choral music world and one in the folk music world. A former member of Scythian, he is currently the assistant conductor of The University Singers at The University of Virginia and The Oratorio Society of Virginia as well as a touring folk musician.

A recording of Ben-David’s 2017 Celtic Christmas concert at the Carnegie Carnegie will be available for purchase.

Malia Furtado hails from the Northern end of the Shenandoah Valley and comes from a large family of musicians. Malia’s musical journey began at the age of 3 with classical violin lessons and took a turn with the discovery of bluegrass at age 7. Since then, Malia has performed with a number of different groups, taken home a range of prizes, and graced the stage of numerous venues up and down the East Coast. Malia is currently the Director of Music Education at the Front Porch Roots Music School in Charlottesville, VA.

Danylo Fedoryka was trained as a classical pianist and transitioned into Celtic guitar to found the band Scythian. He has toured full-time with Scythian for almost 15 years and four of those years Ben-David Warner was part of the band. He is enjoying the tables now being turned and being part of Ben-David’s band!

Larissa Fedoryka began her cello career at age 3 as a member of the Fedoryka Family Players. She completed a doctorate in musical arts in classical performance at the University of California-Santa Barbara while touring with Scythian as well as Latin recording stars Marco Antonio Solis and Gloria Trevi.